Inspired by the Doug Benson Movie Challenge, I attempt to watch 365 movies over the calendar year of 2017. Any genre of film is eligible, including documentaries and Netflix originals, as long as it’s something I haven’t seen before (you’ll have to trust me on that). The hope is I can cross off some films I’ve been dying to see for ages but have never gotten round to, as well as discover some gems I might never have come across otherwise.

As a fun little twist, every couple of weeks I will be drawing a random genre/category of film to focus on for the week’s viewing. This should hopefully keep things fresh. 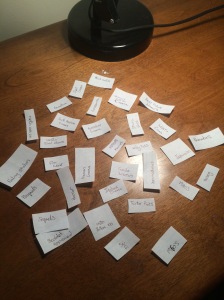 I entered the final month off the back of 95 films in October and November, so cautiously optimistic, but with 49 films still to watch over what would be a busy festive period, also knowing there was still plenty of work to be done. So for the final time, settle in, it’s going to be a long month.

One of the real highlights of the month was the realisation that I could still be surprised, wowed, and left in awe of films, even after a long year and an especially punishing couple of months. At the worst of times I’ve had to jump from film to film, barely having time to fully digest or comprehend what I had just seen before moving onto the next one. But this month there were films that staggered me (Fitzcarraldo, The Handmaiden), outraged me (The Virgin Spring, Fruitvale Station), and left me picking my jaw off the floor (The Villainess). At times throughout the year I’ve worried that going through so many film so quickly would leave me numb to the experience. December was not one of those times.

Well I must say I didn’t think much of the original Parent Trap, and after supplementing it later in the month with the Olson Twins’ It Takes Two, it’s safe to say I’ve had my fill of twin-based, mistaken identity comedies.

Unpopular opinion time; I’m sick of Pixar films that feature unlikely friends going on an adventure, encountering a popular folk-hero, then realising they have a dark side. So in that respect, I was a little let down by Coco. That being said it is still visually stunning, the music is toe-tapping fun, and it definitely made me cry, so back off everyone, it’s still good. Just shows that Pixar can still make thought-provoking movies of worth, even if their playbook needs some freshening up.

Performance of the Month

It’s hard to see past David Thewlis, who stands out on this monthly list in the same manner he dominates Mike Leigh’s poisonous drama Naked, that is to say obnoxiously bludgeoning you with insults until you have to pay attention to him. He fully embodies the odorous character of  rapist Johnny; watching him is liking watching in Smell-O-Vision, as if you can inhale his 5-day-old stench through your screen. It is a fascinating character, one that is dominating and manipulative, yet completely out of control and barely able to conceal his rage.

Volatile doesn’t quite do justice to Thewlis here. Every kind offer thrown his way is met with contempt, any attempt at a normal conversation is met with patronising sarcasm, every borderline compliment is met with a vicious put down. His insults are almost Shakespearean. He will go down as one of cinema’s great anti-heroes, as he doesn’t get any heroic moment of redemption. For all the hardships that befall him he doesn’t come close to eliciting sympathy.  If you’re being generous, you might pity him, but even that comes at a stretch.

Top 5 Films of the Months (in no particular order)

The Villainess: The opening sequence contains some of the most relentless, jaw-dropping, action based visuals I’ve ever seen, as our titular villainess- unseen through the filming choice of first person perspective- goes on a seven minute rampage of dismemberment, disembowlment and general martial arts badassary. So impactful is this opening that you would be forgiven for thinking the rest of the film could never live up to it’s first chapter, and yet what is so impressive about The Villainess, is that after this chaos comes a film of surprising depth, drama and emotion. I guess you really can have it all.

The Music Room: A cautionary tale about pride and decadence, as an ageing Indian landowner obviously looks past his familial and financial difficulties in the favour of hosting lavish parties in his crumbling empire. A timeless, powerful story, as well as a showcase for the traditional Bengali music and dance, captured in such loving detail, you almost see the old fool’s point.

The Handmaiden: For straight up visuals, this may be the most beautiful film I’ve seen this year, and I do not say that lightly. It is also an example of clinical filmmaking of the highest, most satisfying, order. 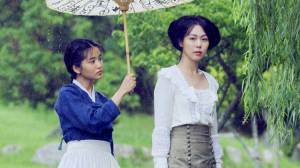 The Virgin Spring: a film that does not offer any easy answers or happy resolutions. Bergman is brutal in his message; the world is a cruel, hard place, with religion offering comfort in theory, but not so helpful when the wolves are at your door.

The Year in Full…

Films by the Nations

Some films are co-produced by multiple nations, which explains why the numbers may not add up.

Akira Kurosawa- 4 (I Live in Fear, High and Low, The Men Who Tread on the Tiger’s Tail, Red Beard)

Alexander Mackendrick- 3 (The Ladykillers, Whisky Galore, The Man in the White Suit)

Alfred Hitchcock- 3 (Sabotage, The Man Who Knew Too Much, The Lodger: A Story of the London Fog)

Carl Theodor Dreyer- 2 (The Passion of Joan of Arc, Vampyr)

Victor Sjostrom- 2 (The Phantom Carriage, A Man There Was)

Ernest B. Schoedsack- 2 (The Most Dangerous Game, King Kong)

Francois Truffaut- 2 (The 400 Blows, Confidentially Yours)

That’s it for December, and for the year as a whole. I will be posting my definitive favourite 20, as well as writing up a final summary of the year shortly, along with some fun statistics and links to spreadsheets (cause who doesn’t love a spreadsheet?). But until them, I think I’ll go for a walk outside.